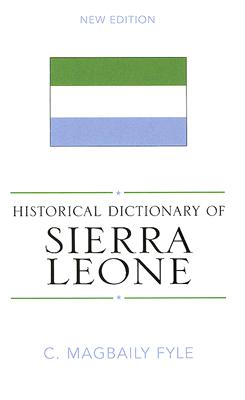 
Special Order—Subject to Availability
Sierra Leone was founded, albeit under British control, with the highest hopes of being a refuge for liberated Africans and freed slaves. When the country received its independence, hopes for the future grew even stronger. Alas, its expectations came crashing down when the country's situation grew steadily worse after repeated military interventions and a devastating ten-year civil war that raged throughout the 1990s. Now that the war is over, there is once again renewed cause for optimism about the country's future, as Sierra Leone becomes an active participant in African and world affairs. This new edition is based primarily on recent research on the country, but covers the earliest known inhabitants, the colonial era, and the period of independence including the very confusing turmoil of the recent past. The chronology briefly traces its history and the introduction provides an essential overview of all the recent developments in the country. Hundreds of cross-referenced dictionary entries describe significant leaders, events, political parties and movements, ethnic groups, and related political, economic, and social aspects. A bibliography is included to facilitate further research.
C. Magbaily Fyle is Professor in the African American Studies and African Studies Departments at the Ohio State University. He has also held positions as Professor of History and African Studies, Director of the Institute of African Studies, and Dean of the Arts Faculty at Fourah Bay College, University of Sierra Leone.