LGBTQ Families: The Ultimate Teen Guide (It Happened to Me #37) (Hardcover) 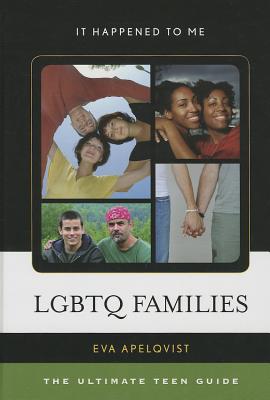 LGBTQ Families: The Ultimate Teen Guide (It Happened to Me #37) (Hardcover)


Not On Our Shelves—Ships in 1-5 Days
According to the recent United States Census, there are 650,000 same-sex couple households in the U.S., and an estimated one-quarter of those households are raising children. In the past few years, several states across the nation have passed Freedom to Marry bills for same-sex couples. But even with the rise in recognition of LGBTQ families, acceptance has not necessarily followed. Unfortunately, young adults in LGBTQ families encounter many challenges, from derision by their peers to the embarrassment of being perceived as different. LGBTQ Families: The Ultimate Teen Guide focuses on the difficulties young people face as members of households in which one or more members are lesbian, gay, bisexual, transgender/transsexual, or queer/questioning. This book offers encouragement, insights, and resources to help them cope with and embrace the uniqueness of their family life. Teens and adults from LGBTQ families-and teens who identify as LGBTQ themselves-tell their personal stories and share strategies they use to deal with a sometimes unaccepting society. Topics discussed include politics, religion, media, and bullying. Aimed at young adults with LGBTQ parents, teens who identify as LGBTQ, those who support LGBTQs, and anyone wanting to educate themselves on the topic, this book will broaden understanding and enable teens and their peers to embrace the diversity of the modern family.
Eva Apelqvist is a freelance writer and translator, who has written for children's magazines such as Highlights for Children, High Five, Spider Magazine, Ladybug, and more. She is the author of Swede Dreams (2007) and Getting Ready to Drive (2011).