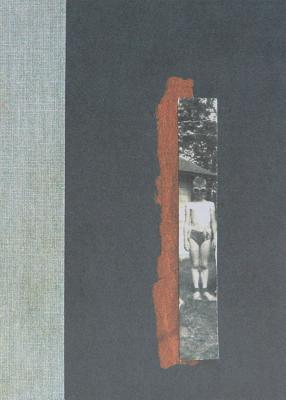 Anne Carson’s haunting and beautiful Nox is her first book of poetry in five years—a unique, illustrated, accordion-fold-out “book in a box.”

Nox is an epitaph in the form of a book, a facsimile of a handmade book Anne Carson wrote and created after the death of her brother. The poem describes coming to terms with his loss through the lens of her translation of Poem 101 by Catullus “for his brother who died in the Troad.” Nox is a work of poetry, but arrives as a fascinating and unique physical object. Carson pasted old letters, family photos, collages and sketches on pages. The poems, typed on a computer, were added to this illustrated “book” creating a visual and reading experience so amazing as to open up our concept of poetry.

Anne Carson was born in Canada and teaches ancient Greek for a living.
The book is an extraordinary object to behold, and more extraordinary to read, but it's hardly accurate to even call it a ‘book.’ It's perhaps 10 feet of paper, folded accordion-like, displaying as near a reproduction of Carson's original collage journal as is possible. The whole thing is folded and packed into a beautiful gray box….The result is breathtaking, evidence of visionary publishing at a moment when the book business is increasingly cynical.
— Publishers Weekly

Trust me: it's an Anne Carson book. Maybe her best....The book is totally recherché and weirdly clear, lingered over and neatly boxed. Precious in the word’s best sense.
— Ben Ratliff - The New York Times Book Review

Carson has . . . created an individual form and style for narrative verse. . . . Seldom has Pound’s injunction ‘Make It New’ been so spectacularly obeyed.
— The New York Review of Books

Anne Carson is a poet who likes to get under people’s skin.
— Melanie Rehak - The New York Times Magazine

Rarely has forking over thirty dollars felt like such a solemn act of memorial.
— New York Review of Books

Nox’s intelligence, sadness, and wry humor alone might be enough, but its form takes me even more. To read is sensual. You handle the folds, opening one winged pair at a time or in quick, slinky unfurlings. And this read is not linear, with pages dissolving behind you as you turn, but spatial, more like letting your eyes wander a room. With the whole book unfurled you see it entire and make links among images, like a staircase or an egg that reappear folds apart, and among words like ash, festive, blush. You prowl the book itself.

She is one of the few writers writing in English that I would read anything she wrote.
— Susan Sontag