Who Killed My Father (Hardcover) 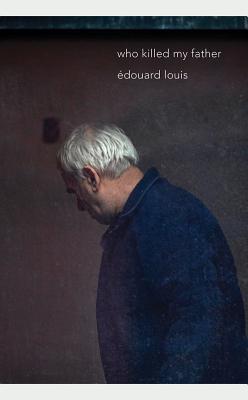 Who Killed My Father (Hardcover)

This bracing new nonfiction book by the young superstar Édouard Louis is both a searing j’accuse of the viciously entrenched French class system and a wrenchingly tender love letter to his father.

Who Killed My Father rips into France’s long neglect of the working class and its overt contempt for the poor, accusing the complacent French—at the minimum—of negligent homicide.

The author goes to visit the ugly gray town of his childhood to see his dying father, barely fifty years old, who can hardly walk or breathe:“You belong to the category of humans whom politics consigns to an early death.” It’s as simple as that.

But hand in hand with searing, specific denunciations are tender passages of a love between father and son, once damaged by shame, poverty and homophobia. Yet tenderness reconciles them, even as the state is killing off his father. Louis goes after the French system with bare knuckles but turns to his long-alienated father with open arms: this passionate combination makes Who Killed My Father a heartbreaking book.

Born Eddy Bellegueule in Hallencourt, France, in 1992, E´DOUARD LOUIS is a novelist and the editor of a scholarly work on the social scientist Pierre Bourdieu.
A short, wrenching, tender-hearted essay addressed to his dad. Louis frames his (always unnamed) father as emblematic, tracing his perpetual humiliation, under which he suffered in turn, back to the cruelty of the state toward the poor, the way they are scapegoated and then forgotten, struggling under policies that are de facto death sentences.
— David O'Neill - 4Columns

The title Who Killed My Father bears no question mark because for Louis there's no mystery. Striking.

A challenge to society’s unfettered praise of individual responsibility and its blindness to systemic injustice. Louis’ barbed prose delivers a warning to the French elite about the poverty and underlying anger of the working classes.
— Todd Gillespie - Financial Times

Whatever one’s politics, readers of this impassioned work are likely to be moved by the Louis family’s plight and the love, however strained, between the author and his father.
— Kirkus

Who Killed My Father is a political document that uses the force of memoir — incisive, confessional personal details — to bolster its argument that Louis’s father’s life (and by extension, his family) was ruined by politics. Compelling.

Who Killed My Father is a book that navigates what can’t be said, it addresses liminal spaces; it drifts between present and past tense; it glides between first and second person; it eulogizes a man who is still alive. I can think of few young writers who manage to situate themselves so squarely within their time

A brief, poetic telling of the myriad ways societal contempt, homophobia, and poverty can kill a man. Louis serves as both raconteur and son, expressing deep and considered empathy for a man whose absence looms large.
— Martha Anne Toll - NPR

Louis’s book raises the phantom of the political spectres currently haunting France and shines a light on its array of inequalities.
— Adam Scovell - Review 31

The homecoming recounted in this book, linking the intimate with the political, does not blunt Louis’s message, but sharpens it to a fine point. Between his virtuously bourgeois-boheme reader and his father, he chooses his father. This is not politics as love, but love as politics. A declaration to his father becomes a manifesto.

Edouard Louis, the vanguard of France’s new generation of political writers, poses a question without a question mark. Who Killed My Father takes the form of an intimate letter addressed to his father, who is lying on his deathbed at the age of 50. There is no mystery to his father’s state. Jacques Chirac destroyed his intestines. Nicolas Sarkozy broke his back. François Hollande asphyxiated him. And Emmanuel Macron starved him....1789 this is not. But Louis has given his people a voice.

From Jacques Chirac to Emmanuel Macron, Louis blames for his father’s ills, for the misery that produced him and so many like him, men seen in the newspapers recently, demonstrating in the streets of Paris and other French cities, wearing gilets jaunes.

Louis unpacks the reality of shame, by examining over and again what has gone on between himself and his father. His sentences narrow in, Beckett-like, on the texture of the life he left behind.
— Tim Adams - The Guardian

The head of France’s new wave of revolutionary writers.
— The Morning Star

Louis speaks with an emotional intensity and stylistic confidence that is hard to ignore. A bludgeoning critique of France's treatment of its poor.
— The Observer

Part memoir, part scathing social critique, Who Killed My Father takes France to task for its callous treatment of working-class people. Fans of Knausgaard’s My Struggle will devour this slim but resonant book
— World Literature Today

After Karl Ove Knausgaard and Elena Ferrante ... it’s difficult to find a literary sensation that has transfixed so many readers.
— Financial Times