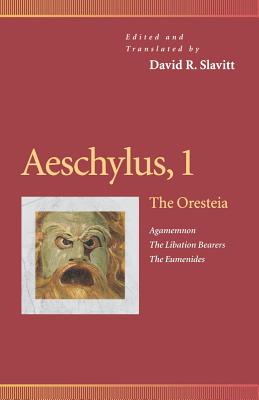 This is book number 1 in the Penn Greek Drama series.

The Penn Greek Drama Series presents original literary translations of the entire corpus of classical Greek drama: tragedies, comedies, and satyr plays. It is the only contemporary series of all the surviving work of Aeschylus, Sophocles, Euripides, Aristophanes, and Menander.
David R. Slavitt was educated at Andover and Yale and has published more than sixty books: original poetry (recently Eight Longer Poems), translations (recently Broken Columns, of Statius and Claudian), novels (recently Lives of the Saints), critical works (recently Virgil), and short stories. He worked for seven years as a journalist at Newsweek and continues to do freelance reporting and reviewing. With Palmer Bovie he coedited the series Complete Roman Drama in Translation.