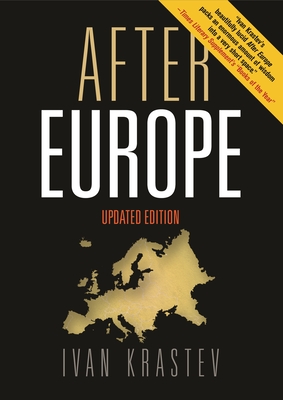 In this provocative book, renowned public intellectual Ivan Krastev reflects on the future of the European Union--and its potential lack of a future. With far-right nationalist parties on the rise across the continent and the United Kingdom planning for Brexit, the European Union is in disarray and plagued by doubts as never before. Krastev includes chapters devoted to Europe's major problems (especially the political destabilization sparked by the more than 1.3 million migrants from the Middle East, North Africa, and South Asia), the spread of right-wing populism (taking into account the election of Donald Trump in the United States), and the thorny issues facing member states on the eastern flank of the EU (including the threat posed by Vladimir Putin's Russia). In a new afterword written in the wake of the 2019 EU parliamentary elections, Krastev concludes that although the union is as fragile as ever, its chances of enduring are much better than they were just a few years ago.
Ivan Krastev is Chair of the Center for Liberal Strategies in Sofia, Bulgaria, and a permanent fellow at the Institute for Human Sciences, Vienna. He is a contributing opinion writer for the International New York Times and author of Democracy Disrupted: The Politics of Global Protest, also available from the University of Pennsylvania Press.