The Invention of Shakespeare, and Other Essays (Hardcover) 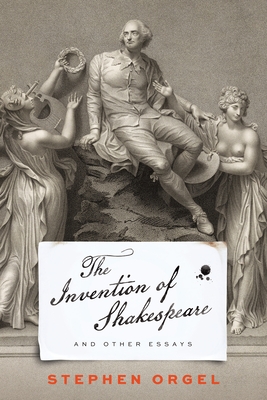 The Invention of Shakespeare, and Other Essays (Hardcover)

In his own time, Shakespeare was not a monument, but a man of the theater whose plays were less finished artifacts than works in process. In contrast to a book, a thing we have come to think of as final and achieved, a play is a work for performance, with each performance based only in part on a text we call a script. That script may well have had imperfections that the actors may or may not have noticed as they turned it into a performance. There were multiple versions of the scripts and never a final one. Every revival of a play--indeed, every subsequent performance--was and always will be different. Nevertheless, when we study Shakespeare, we are likely to come to him via printed texts that are scripts masquerading as books, and the impulse is to turn them into finished artifacts worthy of their author's dignity.

In The Invention of Shakespeare, and Other Essays Stephen Orgel brings together twelve essays that consider the complex nature of Shakespearean texts, which often include errors or confusions, and the editorial and interpretive strategies for dealing with them in commentary or performance. There is always some underlying claim that we are getting back to 'what Shakespeare actually wrote, ' Orgel writes, but obviously that is not true: we clarify, we modernize, we undo muddles, we correct or explain (or explain away) errors, all in the interests of getting a clear, readable, unproblematic text. In short, we produce the text that we want him to, or think he must have written. But one thing we really do know about Shakespeare's original text is that it was hard to read.
Stephen Orgel is Jackson Eli Reynolds Professor in Humanities, Emeritus, at Stanford University. He is author of many books, including most recently Wit's Treasury: Renaissance England and the Classics, also available from the University of Pennsylvania Press.