The Coming Collapse of China (Paperback) 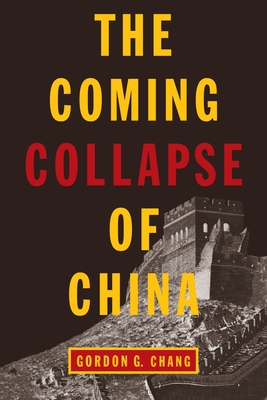 The Coming Collapse of China (Paperback)


Not On Our Shelves—Ships in 1-5 Days
China is hot. The world sees a glorious future for this sleeping giant, three times larger than the United States, predicting it will blossom into the world's biggest economy by 2010. According to Chang, however, a Chinese-American lawyer and China specialist, the People's Republic is a paper dragon. Peer beneath the veneer of modernization since Mao's death, and the symptoms of decay are everywhere: Deflation grips the economy, state-owned enterprises are failing, banks are hopelessly insolvent, foreign investment continues to decline, and Communist party corruption eats away at the fabric of society.

Beijing's cautious reforms have left the country stuck midway between communism and capitalism, Chang writes. With its impending World Trade Organization membership, for the first time China will be forced to open itself to foreign competition, which will shake the country to its foundations. Economic failure will be followed by government collapse. Covering subjects from party politics to the Falun Gong to the government's insupportable position on Taiwan, Chang presents a thorough and very chilling overview of China's present and not-so-distant future.
Gordon Chang has lived and worked in China for almost two decades, most recently in Shanghai, as counsel to the American law firm Paul Weiss. His articles on China have been published in The New York Times, The Asian Wall Street Journal, The Far Eastern Economic Review, and The International Herald Tribune. This is his first book.
"A compelling account of the rot in China's institutions and the forces at work to end the Communist Party's monopoly on power."
-James A. Dorn, Cato Institute, Washington D.C., co-editor of China's Future: Constructive Partner or Emerging Threat?

"Quite simply the best book I know about China's future. Gordon Chang writes marvelously and knows China well. I hope everyone concerned with that country will pay careful consideration to what he sees ahead."
-Arthur Waldron, Director of Asian Studies, American Enterprise Institute; Lauder Professor of International Relations, University of Pennsylvania

"A sobering look at how the unique Chinese experiment of market reforms under one-party dictatorship could go wrong. The author has combined first-hand experience with painstaking research. The often gloomy picture of the violent clashes between the forces of change and those of reaction is relieved by lively anecdotes and witty storytelling. A tour de force not to be missed."
-Willy Wo-Lap Lam, Senior China Analyst at CNN's Hong Kong office and author of "The Era of Jiang Zemin"

“Damning data and persuasive arguments that should set some Communist knees a-knocking.”
-Kirkus

"Gordon Chang takes us on a vividly observed voyage behind the scenes of China's so-called economic miracle, where it turns out that institutions are shaky, relationships corrupt, and success precarious. Chinese society is seething with unrest, and the ruling party is split. Chang has lived and done business in China for years. He is not afraid of making boldjudgments. When he warns that China's two centuries of troubles are still not over, we had better take notice."
-Andrew J. Nathan, Professor of Political Science, Columbia University; Co-Editor, The Tiananmen Papers