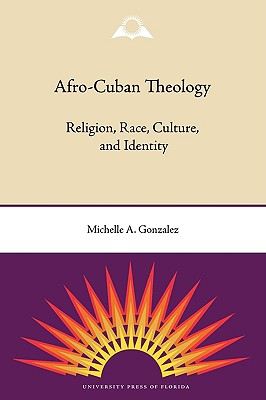 By Michelle a. Gonzalez


Not On Our Shelves—Ships in 1-5 Days
The first book to compare Cuban American and African American religiosity, Afro-Cuban Theology argues that Afro-Cuban religiosity and culture are central to understanding the Cuban and Cuban American condition. Gonzalez interprets this saturation of the Afro-Cuban as transcending race and affecting all Cubans and Cuban Americans in spite of their pigmentation or self-identification. Building on a historical overview of the intersection of race, religion, and nationhood, the author explores the manner in which devotion to La Caridad del Cobre, popular religion, and Cuban letters inform an Afro-Cuban theology. This interdisciplinary study draws from various theological schools as well as the disciplines of history, literary studies, and ethnic studies. The primary discipline is systematic theology, with special attention to black and Latino/a theologies. Far from being disconnected subfields, they are interrelated areas within theological studies. Gonzalez provides a broad overview of the Cuban and Cuban American communities, emphasizing the manner in which the intersection of race and religion have functioned within the construction of Cuban and Cuban American identities. The Roman Catholic Church's role in this history, as well as the preservation of African religious practices and consequent formation of Afro-Cuban religions, are paramount. Also groundbreaking is the collaborative spirit between black and Latino/a that underlines this work. The author proposes an expansion of racial identity recognizing the different cultures that exist within U.S. racial contexts--specifically a model of collaboration versus dialogue between black and Latino/a
theologies.
Michelle A. Gonzalezteaches in the department of religious studies at the University of Miami.She has written extensively on Latino/a theology and is the author of Sor Juana: Beauty and Justice in the Americas.