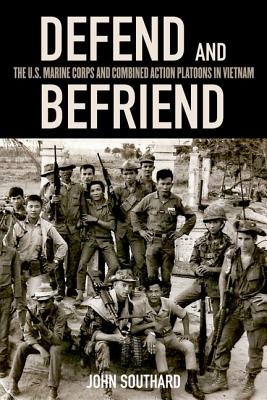 
Not On Our Shelves—Ships in 1-5 Days
(This book cannot be returned.)
After relatively successful military interventions in Iraq in 1992 and Yugoslavia in 1998, many American strategists believed that airpower and remote technology were the future of U.S. military action. But America's most recent wars in the Middle East have reinforced the importance of counterinsurgency, with its imperative to "win hearts and minds" on the ground in foreign lands. In both Iraq and Afghanistan, the U.S. military has studied and experimented with the combined action platoon (CAP)
John Southard is a visiting lecturer in the Department of History at Georgia State University. He lives in Atlanta, Georgia.