Liberty Brought Us Here: The True Story of American Slaves Who Migrated to Liberia (Hardcover) 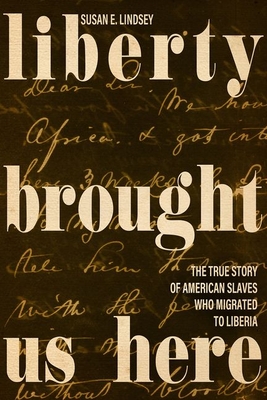 Liberty Brought Us Here: The True Story of American Slaves Who Migrated to Liberia (Hardcover)

Between 1820 and 1913, approximately 16,000 black people left the United States to start new lives in Liberia, Africa, in what was at the time the largest out-migration in US history. When Tolbert Major, a former Kentucky slave and single father, was offered his own chance for freedom, he accepted. He, several family members, and seventy other people boarded the Luna on July 5, 1836. After they arrived in Liberia, Tolbert penned a letter to his former owner, Ben Major: "Dear Sir, We h.

Susan E. Lindsey is coauthor and editor of Speed Family Heritage Recipes, a historical cookbook of recipes from the Speed family, who built Farmington Plantation in Louisville. Lindsey has also published several essays and short stories.