Being Apart: Theoretical and Existential Resistance in Africana Literature (Paperback) 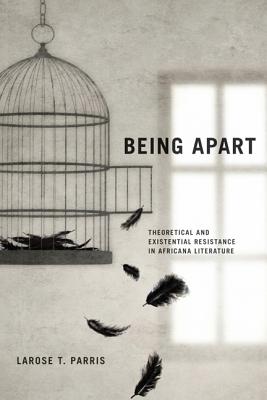 Being Apart: Theoretical and Existential Resistance in Africana Literature (Paperback)

In Being Apart, LaRose Parris draws on traditional and radical Western theory to emphasize how nineteenth- and twentieth-century Africana thinkers explored the two principal existential themes of being and freedom prior to existentialism's rise to prominence in postwar European thought. Emphasizing diasporic connections among the works of authors from the United States, the Caribbean, and the African continent, Parris argues that writers such as David Walker, Frederick Douglass, W. E. B. Du Bois, C. L. R. James, Frantz Fanon, and Kamau Brathwaite refute what she has termed the tripartite crux of Western canonical discourse: the erasure of ancient Africa from the narrative of Western civilization, the dehumanization of the African and the creation of the Negro slave, and the denial of chattel slavery's role in the growth of Western capitalism and empire. These writers' ontological and phenomenological ruminations not only challenge the assigned historical and epistemological marginality of Africana people but also defy current canonical demarcations. Charting the rise of Eurocentrism through a genealogy of eighteenth-century Enlightenment racial science while foregrounding the lived Africana experience of racism in the late nineteenth and twentieth centuries, Parris shows that racist ideology is intrinsic to modern Western thought rather than being an ideological aberration.