Price of Slavery: Capitalism and Revolution in the Caribbean (New World Studies) (Paperback) 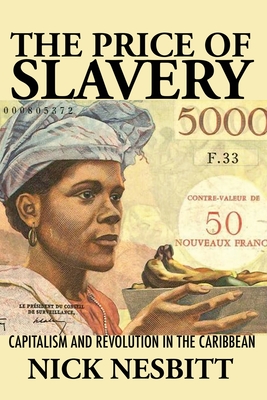 Price of Slavery: Capitalism and Revolution in the Caribbean (New World Studies) (Paperback)

The Price of Slavery analyzes Marx's critique of capitalist slavery and its implications for the Caribbean thought of Toussaint Louverture, Henry Christophe, C. L. R. James, Aim C saire, Jacques Stephen Alexis, and Suzanne C saire. Nick Nesbitt assesses the limitations of the literature on capitalism and slavery since Eric Williams in light of Marx's key concept of the social forms of labor, wealth, and value. To do so, Nesbitt systematically reconstructs for the first time Marx's analysis of capitalist slavery across the three volumes of Capital. The book then follows the legacy of Caribbean critique in its reflections on the social forms of labor, servitude, and freedom, as they culminate in the vehement call for the revolutionary transformation of an unjust colonial order into one of universal justice and equality.