Beyond the Icon: Asian American Graphic Narratives (Studies in Comics and Cartoons ) (Paperback) 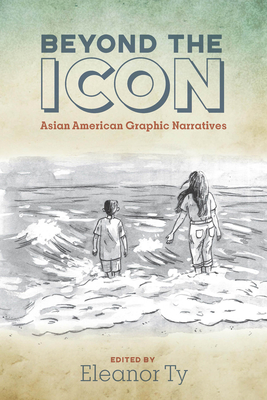 Beyond the Icon: Asian American Graphic Narratives (Studies in Comics and Cartoons ) (Paperback)


Not On Our Shelves—Ships in 1-5 Days
(This book cannot be returned.)
While most US-based comics studies anthologies tend to neglect race, Beyond the Icon brings it to the foreground through an analysis of the vibrant and growing body of graphic narratives by Asian North American creators in the twenty-first century. By demonstrating how the forms and styles of the comics genre help depict Asian Americans as nuanced individuals in ways that words alone may not, Beyond the Icon makes the case for comics as a crucial artistic form in Asian American cultural production––one used to counter misrepresentations and myths, rewrite official history, and de-exoticize the Asian American experience.

An interdisciplinary team of contributors offers exciting new readings of key texts, including Ms. Marvel, George Takei’s They Called Us Enemy, Thi Bui’s The Best We Could Do, Gene Luen Yang and Sonny Liew’s The Shadow Hero, works by Adrian Tomine and Jillian Tamaki, and more, to uncover the ways in which Asian American comics authors employ graphic narratives to provide full and complex depictions of Asian diasporic subjects and intervene in the wider North American consciousness. Beyond the Icon initiates vital conversations between Asian American studies, ethnic studies, and comics.