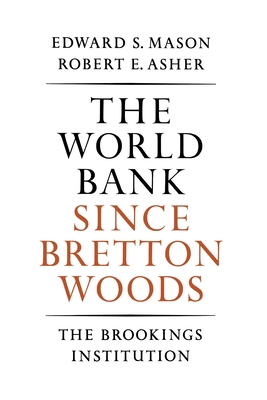 Edward S. Mason has been Lamont Professor of Economics at Harvard University, president of the American Economic Association, and a consultant to the World Bank. Robert E. Asher, a senior fellow at the Brookings Institution from 1954 until his retirement in 1972 and a former Vice President of the Society for International Development, has been on numerous U.S. government and international agency assignments in the less developed world. His books include Grants, Loans, and Local Currencies: Their Role in Foreign Aid (1961), Development Assistance in the Seventies: Alternatives for the United States (1970), and co-authorship of The United Nations and Promotion of the General Welfare (1957).