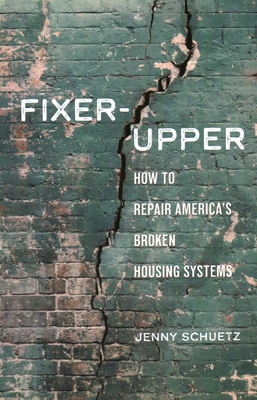 Much ink has been spilled in recent years talking about political divides and inequality in the United States. But these discussions too often miss one of the most important factors in the divisions among Americans: the fundamentally unequal nature of the nation's housing systems. Financially well-off Americans can afford comfortable, stable homes in desirable communities. Millions of other Americans cannot.

And this divide deepens other inequalities. Increasingly, important life outcomes--performance in school, employment, even life expectancy--are determined by where people live and the quality of homes they live in.

Unequal housing systems didn't just emerge from natural economic and social forces. Public policies enacted by federal, state, and local governments helped create and reinforce the bad housing outcomes endured by too many people. Taxes, zoning, institutional discrimination, and the location and quality of schools, roads, public transit, and other public services are among the policies that created inequalities in the nation's housing patterns.

Fixer-Upper is the first book assessing how the broad set of local, state, and national housing policies affect people and communities. It does more than describe how yesterday's policies led to today's problems. It proposes practical policy changes than can make stable, decent-quality housing more available and affordable for all Americans in all communities.

Fixing systemic problems that arose over decades won't be easy, in large part because millions of middle-class Americans benefit from the current system and feel threatened by potential changes. But Fixer-Upper suggests ideas for building political coalitions among diverse groups that share common interests in putting better housing within reach for more Americans, building a more equitable and healthy county.