The Mountains Next Door (Paperback) 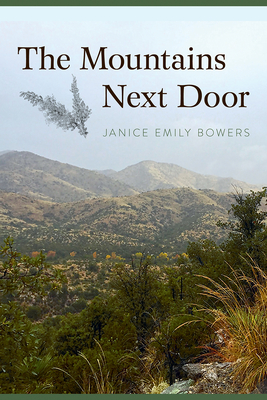 The Mountains Next Door (Paperback)


On Our Shelves Now at:
The Rincon Mountains east of Tucson are a small and seemingly undistinguished range; rounded and arid, they are more a site for foothill walks than serious exploring. Yet, upon close inspection, these unassuming mountains disclose many wonders and curiosities, as Janice Emily Bowers discovered while conducting a botanical study there. Over the course of two years, she made thirty-eight excursions into the Rincons—some for two or three days at a time—and garnered not only plant specimens but thoughts along the way. The Mountains Next Door is the first book to describe and celebrate the natural history of these mountains that even longtime Arizonans may often take for granted.

"I watched the seasons march through the canyons," writes Bowers, "followed the wildflower parade from February through November, and throughout it all realized that I could travel in the Rincon Mountains forever and never learn all they contained." It is also a book of meditations, as Bowers reflects upon the meaning of nature, the similarities between the scientific and creative processes, the value of wilderness in the face of urban encroachment, and other ideas. Participating in the long tradition of reflective natural history writing, she has produced a memorable book that depicts the delights and dilemmas of field botany as it explores the perennial struggle between science and mysticism that tugs at every naturalist's heart.
Janice Emily Bowers is a retired botanist and writer. She worked for the U.S. Geological Survey in Tucson.
"Gives a taste of history, natural science, and personal philosophy—nature writing intended to reach the heart as well as the mind."—Library Journal

"[A] wonderful book. . . . Bowers, while insisting on describing herself as a scientist, will doubtless appear to her readers as a woman of letters. Her book is filled with literary allusions and analysis; she writes metaphorically and with great exactitude and flair; she is unafraid to think deeply about the matters that concern her—and us."—Wilderness

"Bowers demonstrates how, through careful observation, we can discover significance in aspects of the natural world that seem at first glace unremarkable."—Publishers Weekly

"It takes us through new territory with a chatty, well-read botanist as our guide. . . . a thousand details of a certain place to keep us fascinated."—Western American Literature

"Only devoted hikers can enjoy this relatively unspoiled mountain country just east of the sprawling Tucson urban area. . . . The Mountains Next Door is natural history at its best."—Tombstone Epitaph

"Takes the reader on a delightful and informative series of adventures down many miles of trails revealing surprising secrets of Tucson's nearby eastern mountains, the Rincons, encountering along the way animals and plants that most city dwellers of the valley below know little about."—Books of the Southwest

"Put simply, it is a beautiful book, reverberating throughout with the conspicuous joy with which Bowers pursues her chosen trade. She neatly balances well-researched science with poetic reflections; a dialogue, so to speak. In doing so, she clarifies many points of mystery for the non-scientist while still offering food for thought to her colleagues. . . . With The Mountains Next Door, Jan Bowers firmly establishes herself as one of the Southwest's finest natural-history writers."—Journal of Arizona History