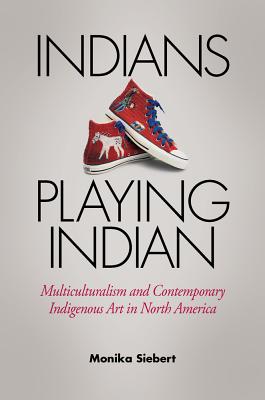 Contemporary indigenous peoples in North America confront a unique predicament. While they are reclaiming their historic status as sovereign nations, mainstream popular culture continues to depict them as cultural minorities similar to other ethnic Americans. These depictions of indigenous peoples as “Native Americans” complete the broader narrative of America as a refuge to the world’s immigrants and a home to contemporary multicultural democracies, such as the United States and Canada. But they fundamentally misrepresent indigenous peoples, whose American history has been not of immigration but of colonization.

Monika Siebert’s Indians Playing Indian first identifies this phenomenon as multicultural misrecognition, explains its sources in North American colonial history and in the political mandates of multiculturalism, and describes its consequences for contemporary indigenous cultural production. It then explores the responses of indigenous artists who take advantage of the ongoing popular interest in Native American culture and art while offering narratives of the political histories of their nations in order to resist multicultural incorporation.

"Siebert's intensive critical take on indigenous culture will both enlighten and disturb the reader, give the circumscription by settler-state cultural politics and nationalism. A tough book, Indians Playing Indian should provoke lots of discussion. Highly recommended."
—CHOICE

“Monika Siebert’s thought-provoking book opens up a difficult puzzle: to what extent can indigenous artists represent the specificity of their cultures and (re)produce political visions that resist multiculturalism’s nationalist incorporation? Through analysis of a range of cultural, visual, and literary texts, Siebert identifies the fraught historical, political, and aesthetic contexts that illuminate this problem.”
—Beth H. Piatote, author of Domestic Subjects: Gender, Citizenship, and Law in Native American Literature