The Dynamics of Progress: Time, Method, and Measure (Paperback) 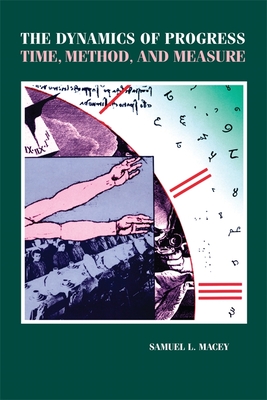 The Dynamics of Progress: Time, Method, and Measure (Paperback)

The development of increasingly precise measurements is an essential part of what Samuel L. Macey identifies as the West's wide-ranging effort to rationalize human activity--to simplify and standardize the way we work and communicate with one another. In The Dynamics of Progress, Macey examines the history of such rationalizations as they have manifested themselves. He identifies a symbiotic relationship among these different types of rationalization, demonstrating that without the rationalizing of time, weights and measures, numbers, and language, the scientific, technological, and industrial advances of the past three hundred years would have been inconceivable.

In addition to discussing rationalization in its various forms, Macey also addresses reactions against it, and closes with some observations on the future. Increasing demands for material goods have the potential for spreading wealth, but such demands strain the earth's limited resources. How we address the challenge posed by this depletion of resources, Macey suggests, will be the ultimate test of our rationalizing powers.
SAMUEL L. MACY is an emeritus professor of English at the University of Victoria, where he was also the Dean of Graduate Studies. He is founder of the English Literary Studies Monograph Series and a former president of the International Society for the Study of Time. Among his books are Clocks and the Cosmos: Time in Western Life and Thought, The Dynamics of Progress: Time, Method, and Measure (Georgia), Time: A Bibliographic Guide, and Encyclopedia of Time.