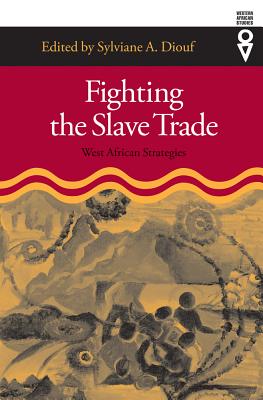 By Sylviane A. Diouf

While most studies of the slave trade focus on the volume of captives and on their ethnic origins, the question of how the Africans organized their familial and communal lives to resist and assail it has not received adequate attention. But our picture of the slave trade is incomplete without an examination of the ways in which men and women responded to the threat and reality of enslavement and deportation.

Fighting the Slave Trade is the first book to explore in a systematic manner the strategies Africans used to protect and defend themselves and their communities from the onslaught of the Atlantic slave trade and how they assaulted it.

It challenges widely held myths of African passivity and general complicity in the trade and shows that resistance to enslavement and to involvement in the slave trade was much more pervasive than has been acknowledged by the orthodox interpretation of historical literature.

Focused on West Africa, the essays collected here examine in detail the defensive, protective, and offensive strategies of individuals, families, communities, and states. In chapters discussing the manipulation of the environment, resettlement, the redemption of captives, the transformation of social relations, political centralization, marronage, violent assaults on ships and entrepôts, shipboard revolts, and controlled participation in the slave trade as a way to procure the means to attack it, Fighting the Slave Trade presents a much more complete picture of the West African slave trade than has previously been available.

The author of the award-winning Servants of Allah: African Muslims Enslaved in the Americas, Sylviane A. Diouf also initiated and co-organized the conference “Fighting Back: African Strategies against the Slave Trade” held at Rutgers University. She is a researcher at the Schomburg Center for Research in Black Culture at the New York Public Library.

“This book should be required reading for anyone interested in the West Africans’ fight against enslavement.”—Rachel Dowty, Journal of World History

“The scholars in this collection overwhelmingly argue that certain populations of West Africans were keenly aware of the devastating impact of the transatlantic slave trade on their societies, and these populations sought to mitigate the damages as best they could.... This collection is particularly useful in teaching undergraduate and graduate students about the transatlantic slave trade to counter and balance the pervasive belief that Africans were either passive victims or active participants in slavery.” —African Studies Quarterly

“Fighting the Slave Trade provides a comprehensive and compelling interpretation of the West African involvement in the Atlantic trade…Its clear language and engaging style make it relevant both to specialists and a broader readership.”—Benedetta Rossi, Progress in Development Studies