Gay Rebel of the Harlem Renaissance: Selections from the Work of Richard Bruce Nugent (Paperback) 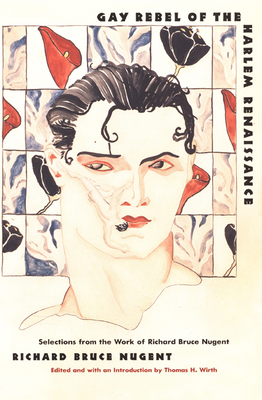 Gay Rebel of the Harlem Renaissance: Selections from the Work of Richard Bruce Nugent (Paperback)


Not On Our Shelves—Ships in 1-5 Days
Richard Bruce Nugent (1906-1987) was a writer, painter, illustrator, and popular bohemian personality who lived at the center of the Harlem Renaissance. Prot g of Alain Locke, roommate of Wallace Thurman, and friend of Langston Hughes and Zora Neale Hurston, the precocious Nugent stood for many years as the only African-American writer willing to clearly pronounce his homosexuality in print. His contribution to the landmark publication FIRE , "Smoke, Lilies and Jade," was unprecedented in its celebration of same-sex desire. A resident of the notorious "Niggeratti Manor," Nugent also appeared on Broadway in Porgy (the 1927 play) and Run, Little Chillun (1933)
Thomas H. Wirth, a close friend of Nugent's during the last years of the artist's life, has assembled a selection of Nugent's most important writings, paintings, and drawings-works mostly unpublished or scattered in rare and obscure publications and collected here for the first time. Wirth has written an introduction providing biographical information about Nugent's life and situating his art in relation to the visual and literary currents which influenced him. A foreword by Henry Louis Gates Jr. emphasizes the importance of Nugent for African American history and culture.
Richard Bruce Nugent, one of the last surviving Harlem Renaissance luminaries when he died in Hoboken, New Jersey, in 1987, was born in Washington, DC in 1906 and lived most of his life in New York City. Thomas H. Wirth is an independent scholar, bibliophile, and publisher who for twenty-five years was a staff representative for the New Jersey State College/University affiliate of the American Federation of Teachers, AFL-CIO. He has a Ph.D. in chemistry from California Institute of Technology, and has taught at South Carolina State University, Southern University, Mary Holmes College, and Richard Stockton College of New Jersey. His website devoted to Richard Bruce Nugent is located at http: //www.brucenugent.com/