The Day of Shelly's Death: The Poetry and Ethnography of Grief (Paperback) 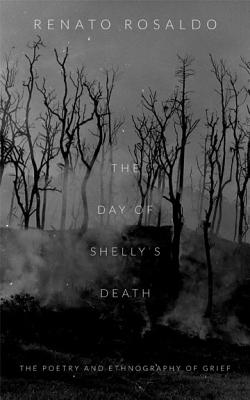 The Day of Shelly's Death: The Poetry and Ethnography of Grief (Paperback)


Not On Our Shelves—Ships in 1-5 Days
This deeply moving collection of poetry by Renato Rosaldo focuses on the shock of his wife Michelle (Shelly) Rosaldo's sudden death on October 11, 1981. Just the day before, Shelly and her family had arrived in the northern Philippine village of Mungayang, where she and her husband Renato, both accomplished anthropologists, planned to conduct fieldwork. On October 11, Shelly died after losing her footing and falling some sixty feet from a cliff into a swollen river. Renato Rosaldo explored the relationship between bereavement and rage in his canonical essay, "Grief and a Headhunter's Rage," which first appeared in 1984 and is reprinted here. In the poems at the heart of this book, he returns to the trauma of Shelly's death through the medium of free verse, maintaining a tight focus on the events of October 11, 1981. He explores not only his own experience of Shelly's death but also the imagined perspectives of many others whose lives intersected with that tragic event and its immediate aftermath, from Shelly herself to the cliff from which she fell, from the two young boys who lost their mother to the strangers who carried and cared for them, from a tricycle taxi driver, to a soldier, to priests and nuns. Photographs taken years earlier, when Renato and Shelly were conducting research across the river valley from Mungayang, add a stark beauty. In a new essay, "Notes on Poetry and Ethnography," Rosaldo explains how and why he came to write the harrowing yet beautiful poems in The Day of Shelly's Death. More than anything else though, the essay is a manifesto in support of what he calls antropoes a, verse with an ethnographic sensibility. The essay clarifies how this book of rare humanity and insight challenges the limits of ethnography as it is usually practiced.