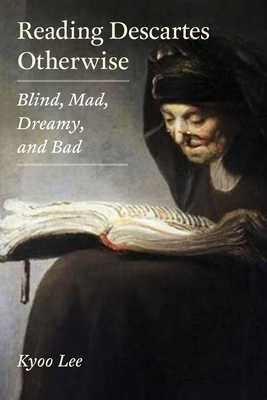 Focusing on the first four images of the Other mobilized in Descartes' Meditations--namely, the blind, the mad, the dreamy, and the bad--Reading Descartes Otherwise casts light on what have heretofore been the phenomenological shadows of "Cartesian rationality." In doing so, it discovers dynamic signs of spectral alterity lodged both at the core and on the edges of modern Cartesian subjectivity.

Calling for a Copernican reorientation of the very notion "Cartesianism," the book's series of close, creatively critical readings of Descartes' signature images brings the dramatic forces, moments, and scenes of the cogito into our own contemporary moment. The author patiently unravels the knotted skeins of ambiguity that have been spun within philosophical modernity out of such clich's as "Descartes, the abstract modern subject" and "Descartes, the father of modern philosophy"--a figure who is at once everywhere and nowhere. In the process, she revitalizes and reframes the legacy of Cartesian modernity, in a way more mindful of its proto-phenomenological traces.
Kyoo Lee is Assistant Professor of Philosophy at John Jay College of Criminal Justice, CUNY. She also teaches comparative literature and feminist theory at the Graduate Center, CUNY.