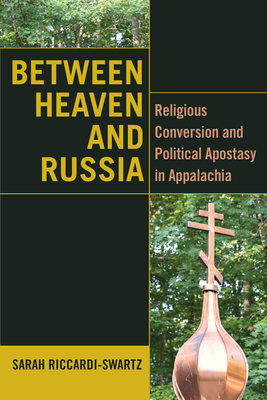 How is religious conversion transforming American democracy? In one corner of Appalachia, a group of American citizens has embraced the Russian Orthodox Church and through it Putin's New Russia. Historically a minority immigrant faith in the United States, Russian Orthodoxy is attracting Americans who look to Russian religion and politics for answers to Western secularism and the loss of traditional family values in the face of accelerating progressivism. This ethnography highlights an intentional community of converts who are exemplary of much broader networks of Russian Orthodox converts in the United States. These converts sought and found a conservatism more authentic than Christian American Republicanism and a nationalism unburdened by the broken promises of American exceptionalism. Ultimately, both converts and the Church that welcomes them deploy the subversive act of adopting the ideals and faith of a foreign power for larger, transnational political ends.

Offering insights into this rarely considered religious world, including its far-right political roots that nourish the embrace of Putin's Russia, this ethnography shows how religious conversion is tied to larger issues of social politics, allegiance, (anti)democracy, and citizenship. These conversions offer us a window onto both global politics and foreign affairs, while also allowing us to see how particular U.S. communities are grappling with social transformations in the twenty-first century. With broad implications for our understanding of both conservative Christianity and right-wing politics, as well as contemporary Russian-American relations, this book provides insight in the growing constellations of far-right conservatism. While Russian Orthodox converts are more likely to form the moral minority rather than the moral majority, they are an important gauge for understanding the powerful philosophical shifts occurring in the current political climate in the United States and what they might mean for the future of American values, ideals, and democracy.
Sarah Riccardi-Swartz is a postdoctoral fellow in the Luce-funded Recovering Truth: Religion, Journalism, and Democracy in a Post-Truth Era project at the Center for the Study of Religion and Conflict at Arizona State University.