Kingdom of Ash and Briars: A Nissera Novel (The Nissera Chronicles #1) (Hardcover) 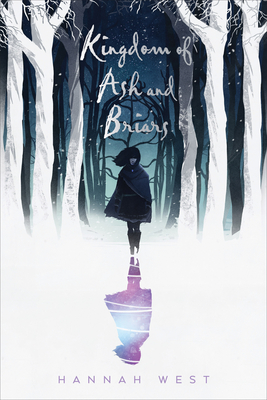 Kingdom of Ash and Briars: A Nissera Novel (The Nissera Chronicles #1) (Hardcover)

This is book number 1 in the The Nissera Chronicles series.

Welcome to Nissera, land of three kingdoms and home to spectacular magic.

Bristal, a sixteen-year-old kitchen maid, finds herself in a gritty fairy tale gone wrong when she discovers she has magic in her blood. She's descended from an ancient line of immortal sorcerers called elicromancers—a race that has all but died out in her world,  but only two remain in Nissera after a bloody civil war. Bristal joins their ranks without knowing that one of them has a dark secret . . .

Tamarice is plotting a quest to overthrow the realm's nobility and take charge herself. Together, Bristal and Brack must guard the three kingdoms of Nissera against Tamarice's black elicromancy. There are princesses to protect, royal alliances to forge, and fierce monsters to battle—all with the hope of preserving peace.

With clever homages to Cinderella, Sleeping Beauty, and the Chinese legend of Hua Mulan, Hannah West makes a fast-paced, exciting, and wholly original debut. The Nissera Chronicles begin here and continue with Fields of Fire, a short story set against the events of Kingdom of Ash and Briars, and Realm of Ruins, a gripping companion novel.

"One of the best books I've ever read."—C.J. Redwine, New York Times best-selling author of The Shadow Queen

"A world both terrifying and wonderful."—Kirkus Reviews (starred review)
Hannah West's debut novel, Kingdom of Ash and Briars, received a starred review from Kirkus Reviews and was named one of their Best Teen Books of the Year. Inspired by fairy tale castles and snowy winter days, Hannah began writing the book as a college junior studying abroad in France. She lives in Texas with her husband, Vince, and their rambunctious blue heeler. Visit her on Twitter @hannahwestya.
★ "West mixes fairy-tale charm with contemporary mysticism to create a world both terrifying and wonderful." —Kirkus Reviews, Starred Review

"Classically crafted high fantasy - a call to love, a call to power, a crown at stake, a family at war - where magic runs through every word. Fans of The Shannara Chronicles or The Grisha Trilogy, look no further." —Margaret Stohl, #1 New York Times best-selling author of the Beautiful Creatures novels

"Brilliant, fascinating, and utterly impossible to put down. Hannah West makes a triumphant entry into the world of fairy tale retellings with one of the best books I've ever read." —C.J. Redwine, New York Times best-selling author of The Shadow Queen


"Like Cashore and McKinley, Nix and Novak, Hannah West has crafted a tale both fresh and familiar—a fantasy epic lush in detail and breathlessly enchanting, with an indomitable heroine at its heart." —Claire Legrand, author of Winterspell