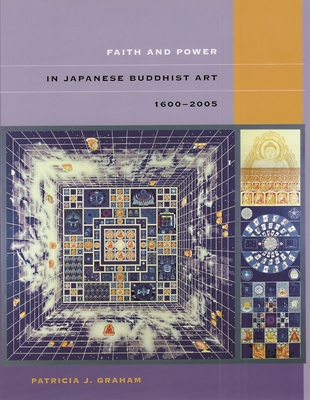 Faith and Power in Japanese Buddhist Art explores the transformation of Buddhism from the premodern to the contemporary era in Japan and the central role its visual culture has played in this transformation. Although Buddhism is generally regarded as peripheral to modern Japanese society, this book demonstrates otherwise. Its chapters elucidate the thread of change over time in the practice of Buddhism as revealed in temple worship halls and other sites of devotion and in imagery representing the religion's most popular deities and religious practices. It also introduces the work of modern and contemporary artists who are not generally associated with institutional Buddhism and its canonical visual requirements but whose faith inspires their art.

The author makes a persuasive argument that the neglect of these materials by scholars results from erroneous presumptions about the aesthetic superiority of early Japanese Buddhist artifacts and an asserted decline in the institutional power of the religion after the sixteenth century. She demonstrates that recent works constitute a significant contribution to the history of Japanese art and architecture, providing evidence of Buddhism's compelling presence at all levels of Japanese society and its evolution in response to the needs of new generations of supporters.
Patricia J. Graham is assistant to the director of the Center for East Asian Studies, University of Kansas, and a consultant on Asian art.