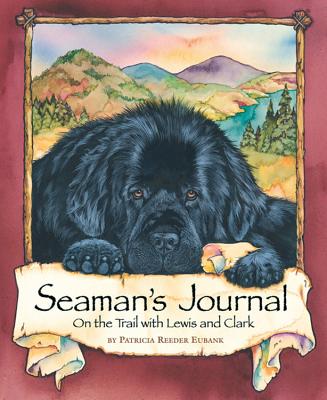 
Not On Our Shelves—Ships in 1-5 Days
A trade paperback edition of the award-winning tale of the journey of Lewis and Clark. When Seaman, a Newfoundland dog, met his new master in August of 1803, he didn' t know that he would spend the next three years on an adventure of more than 8,000 miles to the Pacific Ocean and back. Seaman's Journal is based on actual entries in Meriwether Lewis s journal describing Seaman, and it presents an account of the Lewis and Clark expedition as seen from the viewpoint of Lewis s dog. Join Seaman before the trip as preparations take place. Meet the Native American guides and friends they encountered along the way. And read of Seaman s love for Sacajawea, the Shoshone woman whose husband acted as interpreter and guide. Ages 5-8.
Patricia Reeder Eubank has been drawing and painting since childhood. She studied art at Principia College and went on to study illustration at LA Art Center College of Design. Patti works in a combination of watercolor, digital, and acrylic media and loves them all. She has written and illustrated many titles, including Seaman's Journal and ABCs of Halloween. Patti and her husband have four grown children and live on a very small ranch in central California with several horses, a Scottish Highland cow, four cats, two bulldogs, a Newfie, and a Great Pyrenees. Her love of animals is evident in every book she illustrates.