The Morganza, 1967: Life in a Legendary Reform School (Paperback) 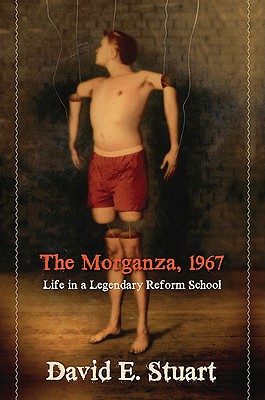 The Morganza, 1967: Life in a Legendary Reform School (Paperback)

Fresh out of college, David Stuart put off graduate school to take a job close to his West Virginia home as a counselor at the Youth Development Center at Canonsburg, Pennsylvania. Known locally as the Morganza, the facility was founded in the nineteenth century as a farm for orphaned boys. By the 1960s, the Morganza had long been burdened with a sinister reputation when it was converted into a detention center for Allegheny County youth convicted of crimes ranging from petty theft to armed robbery, rape, and murder. Reporting for duty during the racially turbulent and riot-torn summer of 1967, Stuart describes the life of students and staff in what was, in reality, a youth prison camp.

Confronted with the glaring shortcomings of the reform school's methods of rehabilitation, Stuart irritated the bureaucracy, advocating for detainees whose only crimes were a lack of education and belonging to the wrong race or economic class. He confronted an establishment that refused to distinguish between hardened criminals and those who would benefit from actual reform. In The Morganza, 1967 Stuart offers a brutally honest--at times touching--insider's view of a juvenile justice system that was badly in need of fixing.