The Politics of Giving in the Viceroyalty of Rio de la Plata: Donors, Lenders, Subjects, and Citizens (Hardcover) 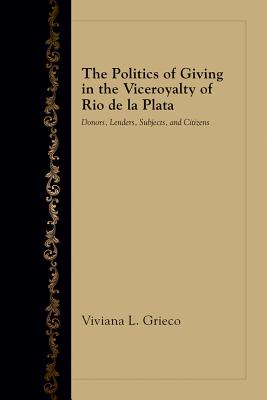 The Politics of Giving in the Viceroyalty of Rio de la Plata: Donors, Lenders, Subjects, and Citizens (Hardcover)

During the eighteenth century, a time of almost constant international warfare, European states had to borrow money to finance their military operations. Servicing public debt demanded the collection of more taxes in a newly efficient manner, resulting in the emergence of what scholars call European tax states. This book examines a different kind of state finance, based on voluntary donations rather than taxes.

Relying on Spanish and Argentine archival research, the author analyzes the gifts (donativos) that residents of the Viceroyalty of Rio de la Plata, or colonial Argentina, gave to the Spanish Crown and the city council of Buenos Aires. She examines the cultural, political, constitutional, and legal practices associated with loans and donativos in comparison with the practices of other Atlantic states, emphasizing the quid pro quo offered by the crown in the form of appointments to office and other favors. Examining donors, donations, and expectations, she argues that the Spanish system achieved at the imperial level what the British empire and the French monarchy failed to accomplish.