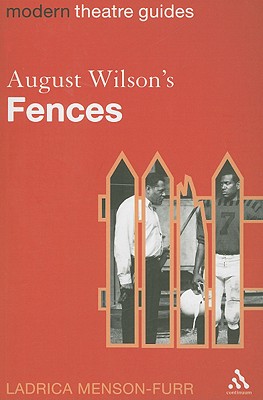 
Not On Our Shelves—Ships in 1-5 Days
Fences represents the decade of the 1950s, and, when it premiered in 1985, it won the Pulitzer Prize. Set during the beginnings of the civil rights movement, it also concerns generational change and renewal, ending with a celebration of the life of its protagonist, even though it takes place at his funeral. Critics and scholars have lauded August Wilson's work for its universality and its ability, especially in Fences, to transcend racial barriers and this play helped to earn him the titles of America's greatest playwright and the African American Shakespeare.
Ladrica Menson-Furr is Assistant Professor of African American literature at the University of Memphis, USA.