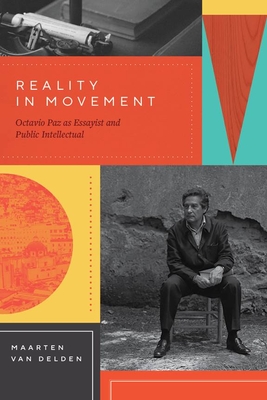 
Not On Our Shelves—Ships in 1-5 Days
In the last couple of decades there has been a surge of interest in Octavio Paz's life and work, and a number of important books have been published on Paz. However, most of these books are of a biographical nature, or they examine Paz's role in the various intellectual initiatives he headed in Mexico, specifically the journals he founded. Reality in Movement looks at a wide range of topics of interest in Paz's career, including his engagement with the subversive, adversary strain in Western culture; his meditations on questions of cultural identity and intercultural contact; his dialogue with both leftist and conservative ideological traditions; his interest in feminism and psychoanalysis, and his theory of poetry. It concludes with a chapter on Octavio Paz as a literary character--a kind of reception study. Offering a complex and nuanced portrait of Paz as a writer and thinker--as well as an understanding of the era in which he lived--Reality in Movement will appeal to students of Octavio Paz and of Mexican literature more generally, and to readers with an interest in the many significant literary, cultural, political, and historical topics Paz wrote about over the course of his long career.
Maarten van Delden is a professor of Latin American literature at UCLA.