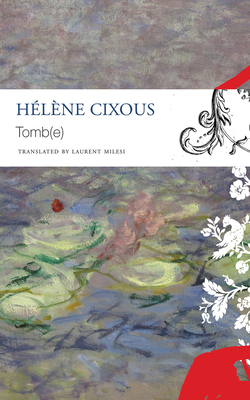 
Not On Our Shelves—Ships in 1-5 Days
“In 1968-69 I wanted to die, that is to say, stop living, being killed, but it was blocked on all sides,” wrote Hélène Cixous, esteemed French feminist, playwright, philosopher, literary critic, and novelist. Instead of suicide, she began to dream of writing a tomb for herself. This tomb became a work that is a testament to Cixous’s life and spirit and a secret book, the first book she ever authored. Originally written in 1970, Tombe is a Homerian recasting of Shakespeare’s Venus and Adonis in the thickets of Central Park, a book Cixous provocatively calls the “all-powerful-other of all my books, it sparks them off, makes them run, it is their Messiah.”   Masterfully translated by Laurent Milesi, Tombe preserves the sonic complexities and intricate wordplay at the core of Cixous’s writing, and reveals the struggles, ideas, and intents at the center of her work. With a new prologue by the author, this is a necessary document in the development of Cixous’s aesthetic as a writer and theorist, and will be eagerly welcomed by readers as a crucial building block in the foundation of her later work.

Hélène Cixous is emeritus professor of literature at the Université Paris VIII, where she founded and directed the Centre de recherches en études féminines. She is the author of more than seventy works of fiction, plays, and collections of critical essays.

Laurent Milesi is a reader in literature and critical theory at Cardiff University. He has also translated Cixous's Philippines and Zero’s Neighbour: Sam Beckett, among other books.

“Cixous pierces into the nature of love and jealousy—an oeuvre bound by the desire for a love that can never be, and yet, at the same time, looks upon the memory of a love that has been. . . . Her illuminating prologue in the new edition situates Tomb(e) in context with her later works.”
— Los Angeles Review of Books