The Breakdown of Nations (Paperback) 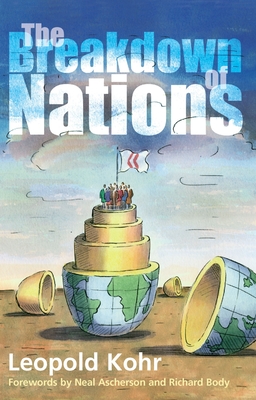 The Breakdown of Nations (Paperback)

Leopold Kohr shows in The Breakdown of Nations that throughout history people living in small states are happier, more peaceful, more creative and more prosperous. Virtually all our political and social problems would be greatly diminished if the world’s major countries were to dissolve back into the small states from which they sprang. Rather than making ever-larger political unions, in the belief that this will bring peace and security, we should minimize the aggregation of power by returning to a patchwork of small, relatively powerless states, where leaders are accessible to and responsive to the people.

Leopold Kohr, an economist by profession, was the originator of the concept of 'the human scale', an idea later popularized by F. Schumacher in Small is Beautiful