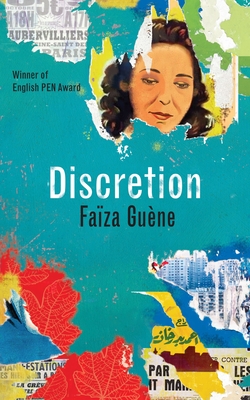 Deftly moving between Algeria and Paris, bestselling novelist Fa za Gu ne's Discretion compellingly evokes the realities of a first- and second-generation family as they carve out a future for themselves in France, finding one another as they go along.

Yamina Taleb is approaching her seventieth birthday. These days, she strives for a quiet life, grateful to the country that hosts her and her adored family. The closest she gets to drama is scooping 'revolutionary' bargains in the form of plastic kitchenware gadgets.

But Yamina's children feel differently. They don't always fit in in Paris, and it hurts. Omar wonders whether it's too late to change course as he watches the world pass him by from the driver's seat of his Uber. His sisters are tired of having to prove themselves, and their allegiance, to a place that is at once home, and not. When the whole family goes away on holiday - not to the motherland, but to a villa-with-pool rental near the Atlantic coast - the Talebs come to realise just how family

defines our sense of belonging.

Alternating fragments from Yamina's Algerian past with those of her Paris present, Discretion spans the history of colonial conflict from the Second World War to the present day. A tribute to mothers everywhere, it is also the story of a modern French family feeling their way through the puzzle of their history - and finding one another as they go along.