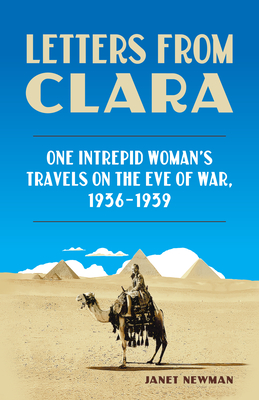 
Not On Our Shelves—Ships in 1-5 Days
A unique collection of letters from a member of the YWCA on her first world tour in the 1930s, Letters from Clara tells one woman’s story of adventure and danger on the eve of World War II. Despite limited financial means, Clara Pagel was richly resourceful and used the YWCA network to find work and places to live in the Far East, along the way meeting other women also working their way around the world. As Clara described in letters to her YWCA friends back home, her sojourn was filled with museums and world-famous landmarks, as well as typhoons, bombings, and earthquakes. These experiences are described in over one hundred pages of letters, annotated throughout by Janet Newman. Upon Clara’s return to the United States in 1939, she enrolled at the University of Chicago and earned an MBA at the age of forty-six. This is the story of a remarkable woman on an unexpected but fulfilling journey to learn about the world and herself.
In her retirement, Janet Newman participates in four book clubs and a writers’ circle. Her writing, which shines a light on fascinating people, has appeared in the anthology Mondays at Ten and various news publications. Janet and her husband split their time between Wisconsin’s Northwoods and St. Croix, US Virgin Islands.