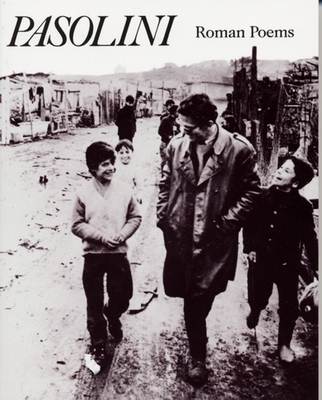 The Italian film-maker Pier Paolo Pasolini was first and always a poet--the most important civil poet, according to Alberto Moravia, in Italy in the second half of this century.

His poems were at once deeply personal and passionately engaged in the political turmoil of his country. In 1949, after his homosexuality led the Italian Communist Party to expel him on charges of moral and political unworthiness, Pasolini fled to Rome. This selection of poems from his early impoverished days on the outskirts of Rome to his last (with a backward longing glance at his native Friuli) is at the center of his poetic and filmic vision of modern Italian life as an Inferno.

From all these refusals, we know what Pasolini stood against--political ideologies of all kinds, the complacency inherent in the established social order, the corruption of the institutions of church and state. If Pasolini could be said to have stood for anything it was for the struggles of Italy's working class--both the rural peasants and those barracked in the urban slums at the edges of Italian cities--whose humanity he evoked with great eloquence and nuance. But it is his refusals that animate his legacy with an incandescent rage, a passionate and profound fury that did not, as Zigaina suggests, cry out for death--but for just the opposite.--Nathaniel Rich, The New York Review of Books

Pier Paolo Pasolini was born in 1922 in Bologna. In addition to the films for which he is world famous, he wrote novels, poetry, social and cultural criticism and was an accomplished painter. He was murdered in 1975 at Ostia, near Rome.

Pier Paolo Pasolini (1922-1975) was a major cultural figure in post-WW2 Italy, well-known as a poet, novelist, communist intellectual and filmmaker. Controversial and openly homosexual, Pasolini was brutally murdered at the age of 53. Lawerence Ferlinghetti is the famous Beat poet and painter who founded City Lights Books in San Francisco. His books include How To Paint Sunlight (poetry) and Love in the Days of Rage (fiction).