Inside Looking Out: The Cleveland Jewish Orphan Asylum, 1868-1924 (Hardcover) 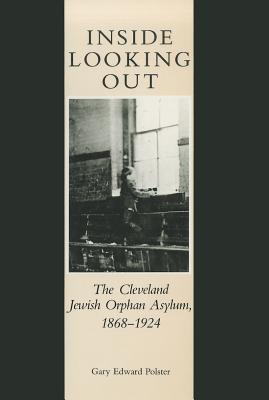 Inside Looking Out: The Cleveland Jewish Orphan Asylum, 1868-1924 (Hardcover)

The Cleveland Jewish Orphan Asylum was for fifty years (1868-1918) the home for some 3,500 boys and girls, most of them immigrants from Eastern Europe. Gary Polster's study examines the efforts of the more acculturated German Jews of Cleveland to "Americanize" and make good workers of the newcomers, and to teach a Judaism quite removed from the Yiddish culture and religious orthodoxy of Eastern Europe.

The dominant figure at the asylum during the formative years was Samuel Wofenstein (1841-1921), a native of Moravia who by the age of 22 had earned both a rabbinical degree and a Ph.D in philosophy. He became a trustee of the JOA in 1875 and its superintendent in 1878. For a man who gained a reputation as an authoritarian, his first wish was to free the children from a lock step regimentation, which produced an "institutional type..marked by repression if not atrophy of the impulse to act independent." Wolfenstein stressed obedience through persuasion, through religion (Reform Judaism), and moral exhortations. Students were to be imbued with respect for work through performing useful tasks--the boys in the stables and on the grounds, the girls in the kitchen, the laundry, and the sewing room.

The idea of "assimilation" was necessarily paternalistic but many of the German Jews believed that by becoming more "American" and less obviously "Jewish" they would deflect the always present nativism and anti-Semitism. As for the children, they remained for the most part ambivalent about the orphanage and about Wolfenstein and his successors. They were taught some useful skills; they were fed and clothed. Their chief deprivation was of the spirit.

Professor Polster brings to his study a sensitivity that complements his grasp of the literature of "asylum" and the social history of turn-of-the-century America. He has listened well to the aging men and women who once were the children "inside looking out."