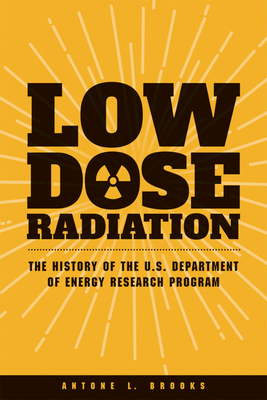 
Backordered
Chief Scientist Dr. Antone Brooks and his Low Dose Radiation Research Program team redefined the field, applying advances in instrumentation and molecular biology from the Human Genome Project and developing new technologies to examine cellular responses. Their findings were startling. At low doses, biological reactions are unique and often unrelated to those that occur at high doses. The influential linear-no-threshold model--which predicted that damage from acute exposures can be extrapolated linearly to low dose exposures--was flawed. Small doses of radiation can have an adaptive protective effect. "Hit theory," the idea that radiation only affected cells it directly traversed, yielded to "bystander theory," which hypothesizes that cells communicate with each other and a dose to one affects others surrounding it. Low Dose Radiation describes the program's development, the scientists who made it viable, and the fundamental results, highlighting lessons learned during its lifespan.