The Battle for Duncragglin (Hardcover) 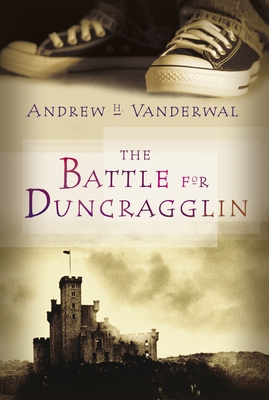 The Battle for Duncragglin (Hardcover)


Special Order—Subject to Availability
Set in the time of William Wallace, this is historical fiction at its bloody best!

One of history’s most turbulent times comes to vivid life in this thrilling new novel. Twelve-year-old Alex has been raised by his uncle since his parents disappeared on a trip to Scotland many years ago. He’s resigned to spending the summer in Scotland with yet another relative and finds himself on a farm near the ruined remnants of an ancient castle that is rumored to be haunted. Could it have a connection to his parents’ disappearance?

With three newfound friends, Alex sets out to discover the secret of a sealed cave along the rugged coast that borders the farm. The secret is far more powerful than anything they could have imagined, and they are catapulted to the very brink of a hellish past — the bloody late 13th century when the great Scottish rebel, William Wallace, was fighting a guerilla-style military campaign.

Full of high drama as well as humor, bloodshed, and great tenderness, this fine novel marks the arrival of a major voice in historical fiction.
Andrew H. Vanderwal was born in the Netherlands and raised in Canada. His liberal arts undergraduate studies were interdisciplinary and included fiction-writing studios under renowned Canadian authors. During his graduate studies, he focused on third-world economic development, an interest that stemmed from his extensive travel experiences within developing countries. Andrew is a Partner of PricewaterhouseCoopers LLP. He and his wife have two boys with whom he enjoys doing all the things that he didn’t get to do enough of when he was growing up. When his boys asked him to write them a story, little did he know that that story would become The Battle for Duncragglin. Andrew lives in Toronto, Ontario, with his family.