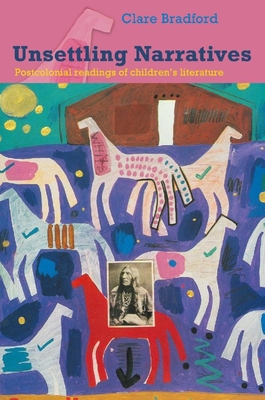 Children's books seek to assist children to understand themselves and their world. Unsettling Narratives: Postcolonial Readings of Children's Literature demonstrates how settler-society texts position child readers as citizens of postcolonial nations, how they represent the colonial past to modern readers, what they propose about race relations, and how they conceptualize systems of power and government.

Clare Bradford focuses on texts produced since 1980 in Canada, the United States, Australia, and New Zealand and includes picture books, novels, and films by Indigenous and non-Indigenous publishers and producers. From extensive readings, the author focuses on key works to produce a thorough analysis rather than a survey. Unsettling Narratives opens up an area of scholarship and discussion--the use of postcolonial theories--relatively new to the field of children's literature and demonstrates that many texts recycle the colonial discourses naturalized within mainstream cultures.