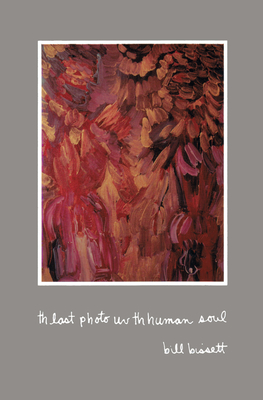 
Special Order—Subject to Availability
bissett has remained on a permanent world tour for more than thirty years, writing this book while on a European reading circuit that included performances in London, Manchester, Cardiff, Dublin, Paris, Mainz, Trier and Berlin.

bill bissett originalee from lunaria ovr 300 yeers ago in lunarian timesent by shuttul thru halifax nova scotia originalee wantid 2b dansr n figur skatr became a poet n paintr in my longingsafter 12 operaysyuns reelee preventid me from following thinishul direksyuns--bill bissett bill bissett garnered international attention in the 1960s as a pre-eminent figure of the counterculture movement in Canada and the United Kingdom. In 1964, he founded blewointment press, which published the works of bpNichol and Steve McCaffery, among others. bissett's charged readings, which never fail to amaze his audiences, incorporate sound poetry, chanting and singing, the verve of which is only matched by his prolific writing career--more than seventy books of bissett's poetry have been published. A pioneer of sound, visual and performance poetry--eschewing the artificial hierarchies of meaning and the privileging of things ("proper" nouns) over actions imposed on language by capital letters; the metric limitations imposed on the possibilities of expression by punctuation; and the illusion of formal transparency imposed on the written word by standard (rather than phonetic) spelling--bissett composes his poems as scripts for pure performance and has consistently worked to extend the boundaries of language and visual image, honing a synthesis of the two in the medium of concrete poetry. Whether paying tribute to his hometown lunaria or exercising his native tongue dissent, bissett continues to dance upon upon the cutting edge of poetics and performance works. bill bissett was recently a featured poet on the Heart of a Poet series, produced in conjunction with Bravo! TV. Among bissett's many awards are The George Woodcock Lifetime Achievement Award (2007); BC Book Prizes Dorothy Livesay Prize (2003) peter among th towring boxes / text bites; BC Book Prizes Dorothy Livesay Prize (1993) inkorrect thots.

bissett writes with savage wit and gravitates toward the lyric moment of spellbound wonder.
Books in Canada