The Song Within My Heart (Hardcover) 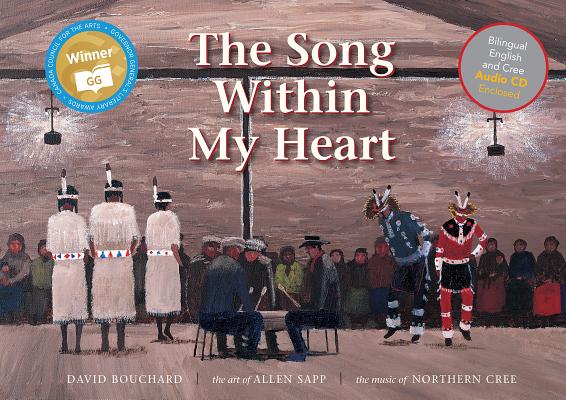 The Song Within My Heart (Hardcover)

Listen to the beating drum It tells a hundred stories Of our people, of our homeland Some of birds and beasts and sweet grass.

Close your eyes and listen You might come to hear a story That no one hears but you alone A story of your very own.

David's books have won several prestigious awards, among them: the Canadian Aboriginal Book of the Year in 2007 for Nokum Is My Teacher as well as being short listed for the 2007 Alberta Children's Book of the Year. Check out David's website at www.davidbouchard.ca. Allen Sapp is an Officer of the Order of Canada and a member of the Canadian Academy of Arts. A Cree elder, he was raised by his grandmother on the Red Pheasant reserve in Saskatchewan and now calls North Battleford home. The memory of this tender relationship has spawned in Sapp some of his finest and most sensitive works, bringing to his canvas a sense of affection and love.