Creation Rediscovered: Evolution and the Importance of the Origins Debate (Paperback) 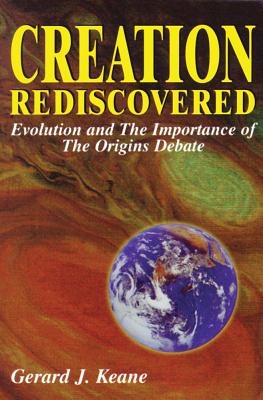 Creation Rediscovered: Evolution and the Importance of the Origins Debate (Paperback)


Special Order—Subject to Availability
The author covers the basic question, the two basic Evolution theories, the concept of "Special Creation," the discoveries of science, the fossil record, genetics, entropy, the age of the universe, pointers to a Creator, and a number of other questions. Not enough can be said for the importance of this book to get the fundamentals right regarding our Origins, in order that the rest of our thought and all our actions are based upon the truth. 430 pgs, PB.
In 1991, Gerard J. Keane published the first edition of his extensive study of evolution, entitled Creation Rediscovered: Evolution and the Importance of the Origins Debate. Within the work, he amassed a large body of disparate evidence on why the concept of Special Creation is both theologically and scientifically superior to the popular theory of Evolution. His argumentative style has been described as being "neither narrowly fundamentalist nor rationally liberal" by Anthony Nevard (editor of Daylight), and the work was reprinted in 1999 by TAN in an updated and expanded edition of 430 pages, complete with a 17-page index supplement.