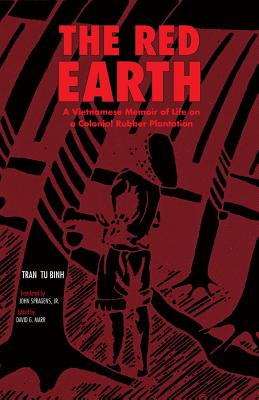 Phu Rieng was one of many French rubber plantations in colonial Vietnam; Tran Tu Binh was one of 17,606 laborers brought to work there in 1927, and his memoir is a straightforward, emotionally searing account of how one Vietnamese youth became involved in revolutionary politics. The connection between this early experience and later activities of the author becomes clear as we learn that Tran Tu Binh survived imprisonment on Con Son island to help engineer the general uprising in Hanoi in 1945.

The Red Earth is the first of dozens of such works by veterans of the 1924–45 struggle in Vietnam to be published in English translation. It is important reading for all those interested in the many-faceted history of modern Vietnam and of communism in the non-Western world.

Tran Tu Binh (1907–1967) was a young revolutionary who rose to the rank of general in the army of the Democratic Republic of Vietnam and later filled the important post of ambassador to People’s Republic of China.

David G. Marr is an emeritus professor and visiting fellow at the Australian National University as well as author of Vietnam: State, War, and Revolution, Vietnam 1945: The Quest for Power, and Vietnamese Tradition on Trial, 1920–1945.

“Tran Tu Binh’s recollection of his experience of labor service in the ‘rubber villages’ of the Michelin company was first published in 1965 in Hanoi under the title Phu Riéng Do [Red Phu Rieng]. His description of the maltreatment, brutal punishment, lack of adequate food, housing, and medical care that Vietnamese workers had to endure in the ‘hell on earth,’ as plantations were called, corroborates what we know of the terrible forms of exploitation the representatives of the rubber companies practiced.”—The Journal of Asian Studies

“This is a fascinating and short book—it extends to just 90 pages, including end notes and introduction. It is ably translated by John Spragens Jr…and edited by David G Marr for Ohio University and is a vital part of not just modern Vietnamese history but of post-colonial literature as a whole.”—BookIdeas