What Happened to Patrick's Dinosaurs? (Hardcover) 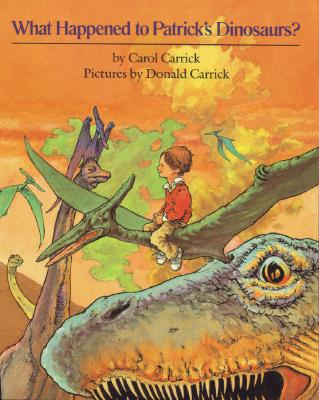 What Happened to Patrick's Dinosaurs? (Hardcover)

Fascinated with dinosaurs, Patrick imagines that at one time dinosaurs were great friends of people.

Carol Carrick has written more than twenty-five well-received books for Clarion, including PATRICK'S DINOSAURS, one of the many books illustrated by her late husband, Donald Carrick. She lives in West Tisbury, Massachusetts.

Donald Carrick has illustrated many children's books. He lives in Edgartown, Massachusetts.

"A fanciful explanation of the life and times of dinosaurs, as told by a boy to his older brother, this imaginative flight is a saurian delight." School Library Journal, Starred —