Chapter of the Self (Paperback) 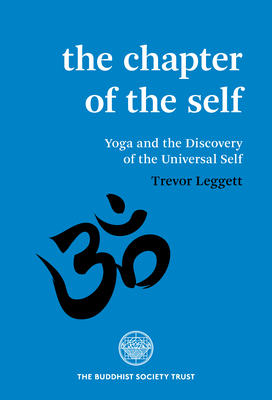 Chapter of the Self (Paperback)


Not On Our Shelves—Ships in 1-5 Days
The Chapter of the Self forms part of Apastambam, an ancient Indian Law-book dated from around 500 BCE. The main theme of this text is yoga as the means to the realization of the universal Self. The text is the subject of a commentary by Shankara, the 8th century sage. Shankara saw himself not as propounding a theoretical world-view, but as teaching a change of consciousness. His aim is to go beyond individuality, through realization of the ancient truths by means of yogic meditation. The first part of this book comprises the translation of The Chapter of the Self, and Shankara's commentary. In its second part, Trevor Leggett explores Shankara's yogic practices, and provides for the first time an English translation of Shankara's commentary. Many of the book's insights are drawn from Leggett's eighteen years of study with Dr. Hari Prasad Shastri, the renowned scholar and fully-realized Yogi. Leggett explores themes such as worship, training the mind, dream and sleep, and free action.
Trevor Leggett (1914-2000) was a British judo teacher, author, translator, and head of the BBC's Japanese Service for 24 years. He published over thirty books on a variety of topics including judo, Eastern philosophy and Zen Buddhism. He is fondly remembered for his erudite yet approachable contributions to the understanding of Buddhism.