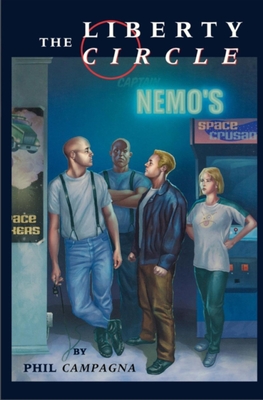 Life at home isn t easy for sixteen-year-old Corey. When he sees an ad for a retreat called Camp Liberty, he can t wait to get away. But Corey has no idea of what he's in for, as he and his fellow campers are brainwashed into joining a racist Aryan cult. In the end, he not only hurts his family and friends but is also forced to confront some uncomfortable truths about himself. And there's another price to be paid; the Liberty Circle knows he's betrayed them, and they re coming after him

Phil Campagna was born in Calgary, Alberta. He is the author of the young adult novels, The Freedom Run and The Liberty Circle, which was shortlisted for a Saskatchewan Book Award. He lives in Saskatoon.