Shobogenzo - Volume III of III: The Treasure House of the Eye of the True Teaching (Hardcover) 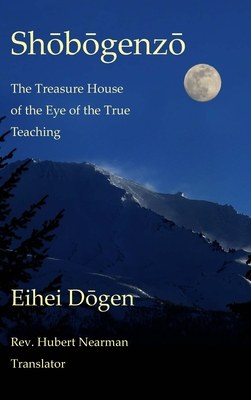 Shobogenzo - Volume III of III: The Treasure House of the Eye of the True Teaching (Hardcover)


Not On Our Shelves—Ships in 1-5 Days
(This book cannot be returned.)
The Shōbōgenzō is the recognized spiritual masterpiece by the thirteenth-century Japanese Sōtō Zen Master Eihei Dōgen. It is comprised of discourses that he gave to his disciples, in person or in writing, at various times between 1231 and his death twenty-two years later at age fifty-three. These discourses cover a wide range of topics pertinent to those in monastic life though often also relevant to those training in lay life. He discusses matters of daily behavior and religious ceremonial as well as issues involving the Master-disciple relationship. He also explores the deeper meaning that informs the so-called Zen kōan stories, which often puzzle readers by their seeming illogicality and contrary nature.