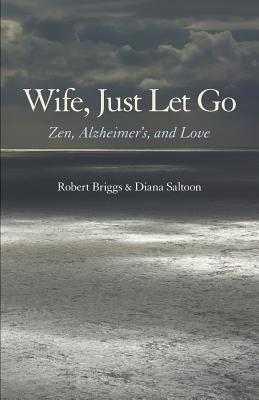 An extraordinary love story, Wife Just Let Go are the last words Robert Briggs wrote to his wife before he passed away from Alzheimer's disease. A publisher, literary agent, and author who deeply felt the influence of the Beat era, Robert never stopped writing. Even in his later stages of Alzheimer's, Robert was able to share insights into what he called "the power of aging," and his love of poetry, jazz, and Zen. He continued to write, valiantly, of his younger days and of his stint in the army when he and his platoon witnessed an atomic bomb explosion at Frenchman Flat, Nevada, an experience that forever haunted his imagination. What began as a promise to publish his last works evolved into this duo-memoir. His wife Diana, as his long-time partner and primary caregiver, joined him in this telling, as a way to restore for the reader, and for Robert, the parts of the story he was losing. Her meditative commentary became her solace through her own path of pain and grief as she witnessed the daily, wrenching loss of her husband's memory, and ultimately his death. Poignantly written yet unflinchingly honest, the book navigates not only the waters of grief and loss, but also the other side of Alzheimer's: gifts that sustain and inspire loved ones left behind.