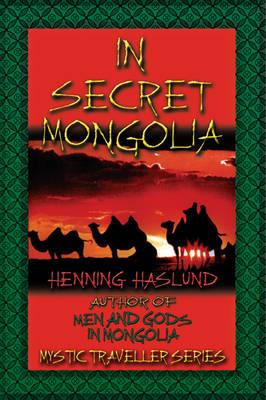 
Special Order—Subject to Availability
The first book in Henning Haslund's Mongolia series, this book was originally published in 1934. This rare travel book has been out-of-print for 50 years but is now back in print. Haslund was a Danish explorer who also accompanied the Sven Hedin expedition in Central Asia. Haslund takes us into the barely known world of Mongolia, a country isolated from the world for centuries. Haslund's camel caravan takes him across the Gobi Desert where he meets with renegade generals and warlords, god-kings and shamans. Haslund is captured, held for ransom, thrown into prison, battles black magic and portrays in vivid detail the birth of a new nation. Meet the reincarnated gods: the 'Mad Baron' Ungern-Sternberg and Dambin Jansang, the dreaded Tushi Gun Lama of the Black Gobi, trek across the Gobi Desert, and go back in time to Shamanic Mongolia. Mongolia is a country which has only recently opened up to the world. 001.